A Skull in Connemara was VTG’s premiere production and was in the in the Plaza Black Box Theater at the Boston Center for the Arts from July 22-25, 2009. Written by Martin McDonagh. Directed by James Peter Sotis.

Summary (Provided from Dramatists Play Service): For one week each autumn, Mick Dowd is hired to disinter the bones in certain sections of his local cemetery to make way for the new arrivals. As the time approaches for him to dig up those of his own late wife, strange rumours regarding his involvement in her sudden death seven years ago gradually begin to resurface. 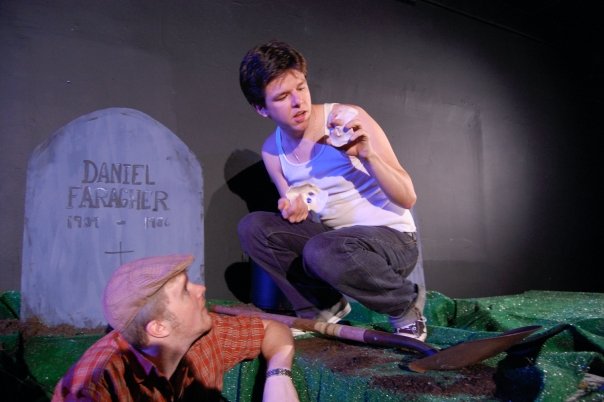 Mike Nuttall and Zach Winston in A Scull in Connemara