Burning the Barn first premiered July 14th in the Plaza Black Box Theater at the Boston Center for the Arts. Written by Bea Wissel. Directed by James Peter Sotis.

VTG’s production of Burning the Barn and playwright Bea Wissel were nominated for an IRNE award in the Best New Play (small theatre) category.

Burning the Barn recounts the trials of Lexi, who tries to pick up the pieces of her life after a devastating fire destroys the refurbished barn she calls home. When a storm leaves her stranded in what’s left of the home with her estranged sister, her cheating husband, and two strangers, Lexi must come to terms with the people she loves most. 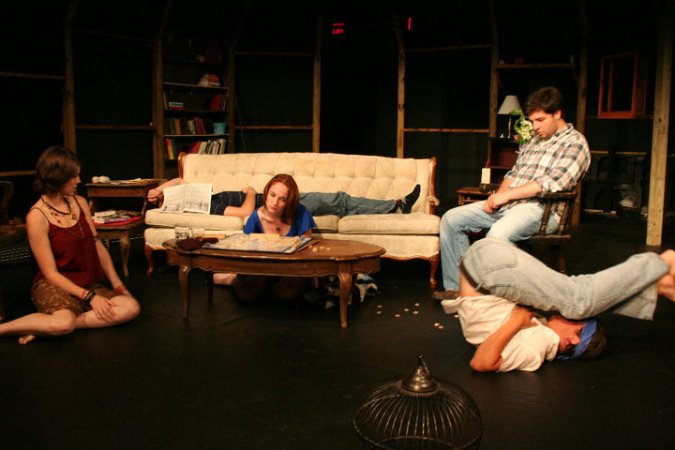